Showing posts from March, 2015
Show all

GLOBAL CHANGE MAKERS MAKING A DIFFERENCE IN AFRICA - Honoree 2015 at the HOUSE of LORD in London, United Kingdom (UK) 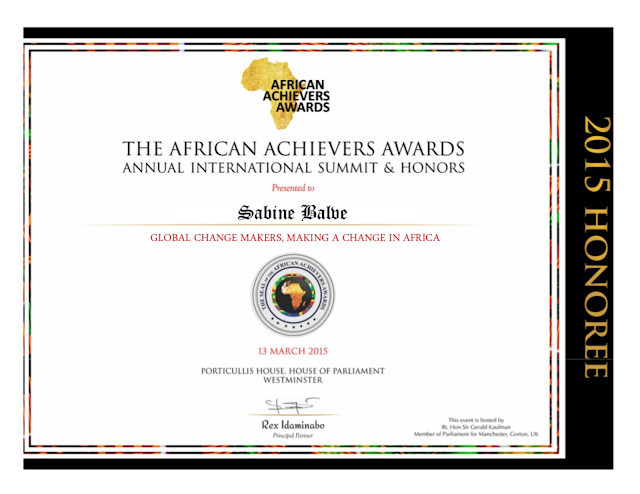 Thanks to Rt. Hon Sir Gerald Kaufman, Member of Parliament for Manchester, Gorton, United Kingdom for Hosting the 2015, African Achievers Awards International Summit / Honors at the British House of Parliament, London,The British Department for International Development and for the AWARD 2015, for Sabine Balve, as Global Change Makers, Making a Change in Africa

Absolutely honored, humbled, privileged and totally ecstatic to be honored as a "Global Change Maker - MAKING A DIFFERENCE in AFRICA" by the African Achievers Awards held during the Annual African Achievers International Summit and Honors at the House of Lord at the House of Parliament in London, UK. This honorable Award was presented in my absence while I was working with our global team overseas
Post a Comment
Read more
More posts