Chair of Futurists Board | Member of Ethics - and Sustainability Board at Lifeboat Foundation, United States (May 2014 – Present) 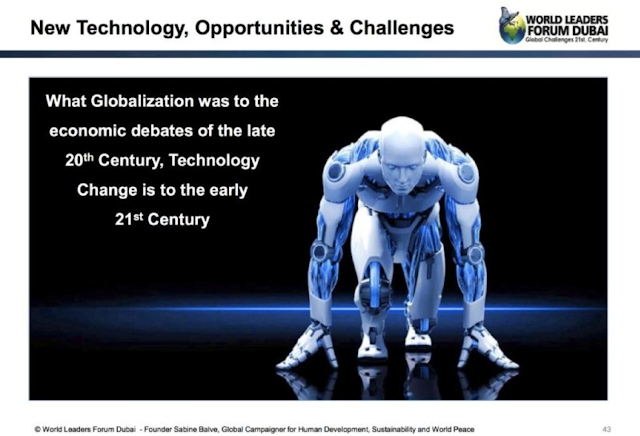 As Chair of the Futurist's Board, serving and supporting the 42 top futurist's on our planet by the realization of the book: "Visions of the Future", shortly launched and upcoming global events.
Authors are Google director, Prof. Ray Kurzweil, named as the Genius beside of Bill Gates, who is founder and president of the singularity university, Prof. Lord Martin Rees, former president of the Royal Science in London, UK and many other outstanding futurist and brains of this planet.
"Global Challenges and Opportunities, What the GLOBALIZATION was to the economic debate of the late 20th Century, TECHNOLOGY CHANGE is to the early 21st Century. Google bought the 8 largest Robot Companies in the World. A NEW ERA starts, Robots, AI is replacing human work. New Economic and Social Models are required."
H.E. Madame Sabine Balve, Founder & President of World Leaders Forum Dubai


The Lifeboat Foundation is dedicated to encouraging scientific advancements while helping humanity survive existential risks and possible misuse of increasingly powerful technologies, including genetic engineering, nanotechnology, and robotics/AI, as we move towards the Singularity.

The Lifeboat Foundation is recognized as one of the most extensive and credible global think tank, an international networks of around 5.500 top brains in the world. The Lifeboat Foundation Advisory Boards  include hundreds of esteemed scientists, futurists, educators, activists, and deep-thinkers devoted towards a secure quality of life for all.

H.E. Madame Sabine Balve was first officially appointed as Advisory Board at the Futurist Board (May, 05.2014, 05.08 AM received, Reg.Nr.808).
April, 27. 2015, She was appointed as the Chair of the Futurists Board and Member of the Ethics - and Sustainability Board in good company with some genius of our planet such as Prof. Ray Kurzweil (Founder of Singularity University and GOOGLE director, compared to Bill Gates), Nobel Laureates Daniel Kahneman, Prof. Martin Rees, Eric S.Maskin, Richard J. Roberts, and Wole Soyinka and many others outstanding geniuses and scientists on this planet.

Lifeboat Foundation is pursuing a variety of options, including helping to accelerate the development of technologies to defend humanity, including new methods to combat viruses (such as RNA interference and new vaccine methods), effective nanotechnological defensive strategies, and even self-sustaining space colonies in case the other defensive strategies fail.

Popular posts from this blog 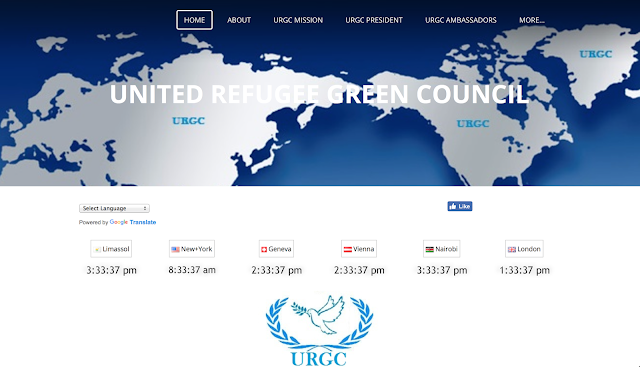 "We live at a critical time in the Middle East, the Middle East is facing the challenges of fundamentalism and the refugee crisis 60 million climate change, hunger, poverty, war refugees is challenging the region, Europe and the World. Xenophobia (South Africa), Islamophobia, Racism, Right Radicals in Europe and America are new trends too ...

*Syrian Refugee Crisis Challenges International Aid OrganizationsResidents wait in line to receive food aid distributed in the Yarmouk refugee camp in Damascus, Syria
Peace is a MUST, it would create a more sustainable and humanitarian Future for all.
Eight (8) days of World Peace would feed 1 billion people for 1 year
Families and children, who are currently starving .. 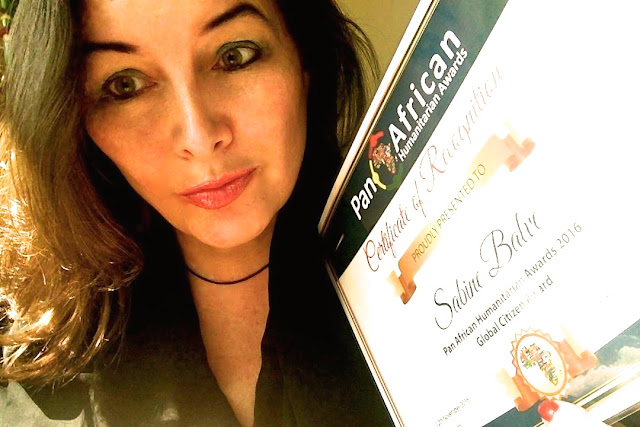 I received this Global Citizen Award tonight (12 Nov 2016) in honor of my global achievements with my international community , independent Think and do Tank with the name World Leaders Forum Dubai - Global Movement of more then 150.000 Global Citizen Members from 119 countries and especially for our marvelous EARTH AMBASSADORS in Africa , who have contributed to create a better world in their community ..  i feel deeply honored and humbled and want to pass this GLOBAL CITIZEN HUMANITARIAN AWARD 2016 on to you all!

Thanks so much again to the Pan African Humanitarian Awards and to the host city #Dubai, and the African Union and the honorable guests and esteemed colleagues and to all Awardees, #Champions for #Humanity - YOU all and all your work MATTER's! LOVE YOU ALL
Read more 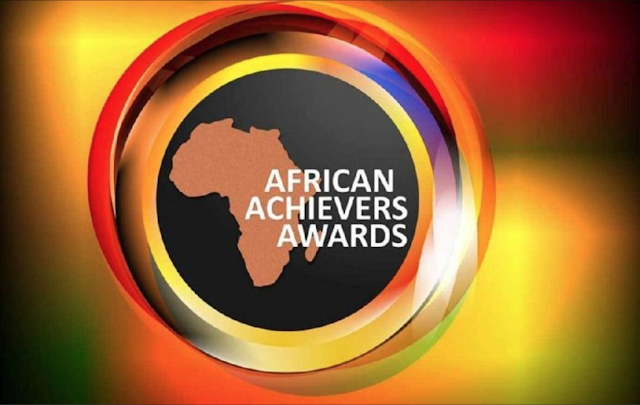 Honoured and delighted to be appointed as the first white lady at the Advisory Board of the AFRICAN ACHIEVERS AWARDS for International Affairs. Together with Honorable Mr Rex Idaminabo, Founder & CEO of the African Achievers Awards. Most recently he was granted an interview with FORBES Magazine and with fellow Award recipients who include:

The Archbishop Desmond Tutu of South Africa; The Rt. Hon. Joyce Banda, then President of Malawi; The Rt. Hon. Atta Mills, late President of Ghana; Babatunde Fashola, Governor of Lagos State, Nigeria; and Dr Rilwanu Lukman; former Secretary-General of the Organization of the Petroleum Exporting Countries (OPEC) and many others.. Our goal is achieving changes for the voiceless of Africa and economic empowerment

"Africa is the world's second-largest and second-most-populous continent with more then 1.1 billion people as of 2013. Africa's population is the youngest amongst all the continents; 50% of Africans were born in 1991 or later.…
Read more